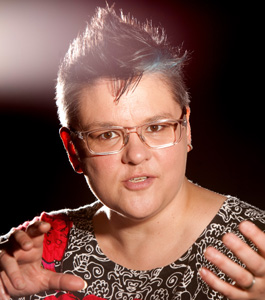 Merzi Rajala is an internationally known workshop leader and guest teacher. She specializes in rhythmic contemporary a cappella music, world music fusions and choral improvisation. In addition to her own choral work, Merzi is the responsible lecturer for Global Choral Conducting at the Sibelius Academy in Helsinki. She loves games and playfulness and believes in choral music performed with honesty, groove and true energy. Merzi works permanently with three choirs, the Global Choir of the Sibelius Academy, the Open Voice Choir and Partita of Porvoo Community College. At the Sibelius Academy she also works as a member of the choir committee in the planning and implementation of choir projects for the University of the Arts in Helsinki and is a guest conductor in various projects and choirs around Finland, for example, at the Royal Academy of Music in Denmark, the University North in Norway, Europas Cantat 2018 or Tampereen Sävel.