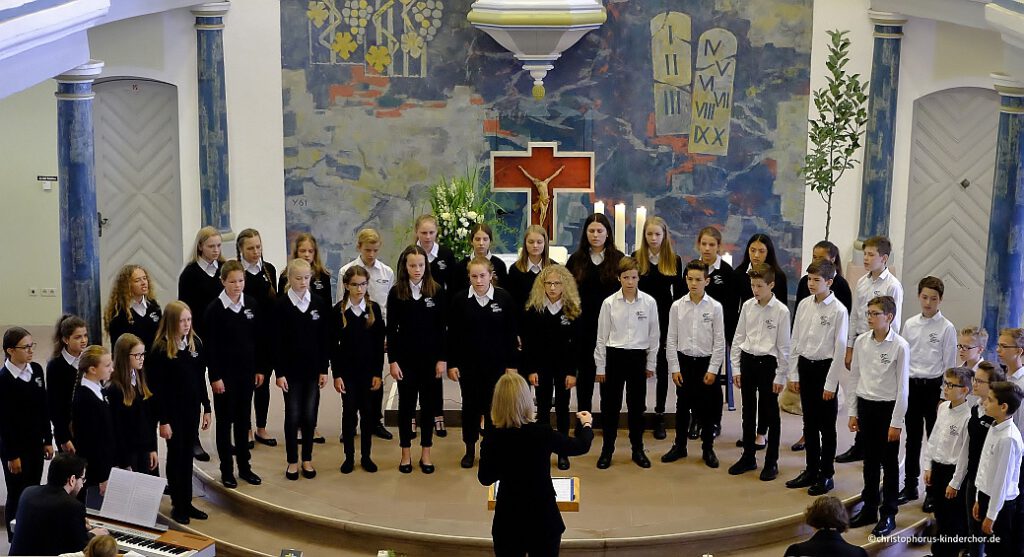 The Christophorus Children’s Choir Altensteig makes about 15 appearances in any one school year, in its own area as well as well beyond. Concert tours lasting several days have taken the children’s choir to Belgium, the Czech Republic, Spain, England and southern France. The choristers from Altensteig seek and value encounters with other treble choirs at home and abroad, experiencing such cultural and musical exchange as a great enrichment. Over and above this, the young singers enjoy taking part in festivals and competitions, thus increasing their motivation to maintain or even raise their musical standards. In this the choir has received several accolades at national as well as international level, e g at the European Youth Music Festival in Neerpelt/Belgium, the International Children’s Choir Festival in Halle, the Federal State Choral Competition Baden-Württemberg and the German Choral Competition in Weimar. They have been regular participants in EUROTREFF since 2011.