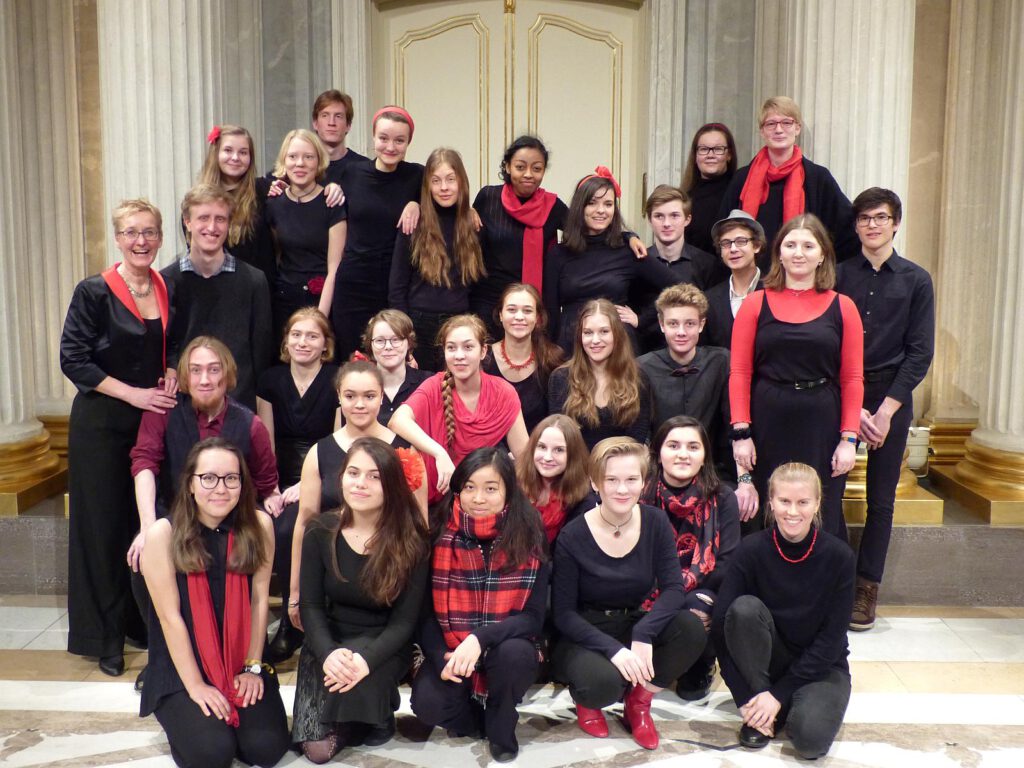 The Youth Choir of Berlin State Opera was founded during the season of 2011/12 in the context of the production of “Moscow Tcherjomushky”. In the years that followed the young singers appeared in workshop productions like “The Youth of Simplicius Simplicissimus”, “Mario and the Wizard” and in productions with the state opera’s youth club. Together with the concert choir of the State Opera and under the direction of their conductor Frank Flade, they took part in Bach’s “Christmas Oratorio”, Fauré’s “Requiem” and Martín Palmeris’s “Tango Mass”. The magazine “World of Opera” even mentioned them as “Best Up-and-Coming Artists of 2014”.