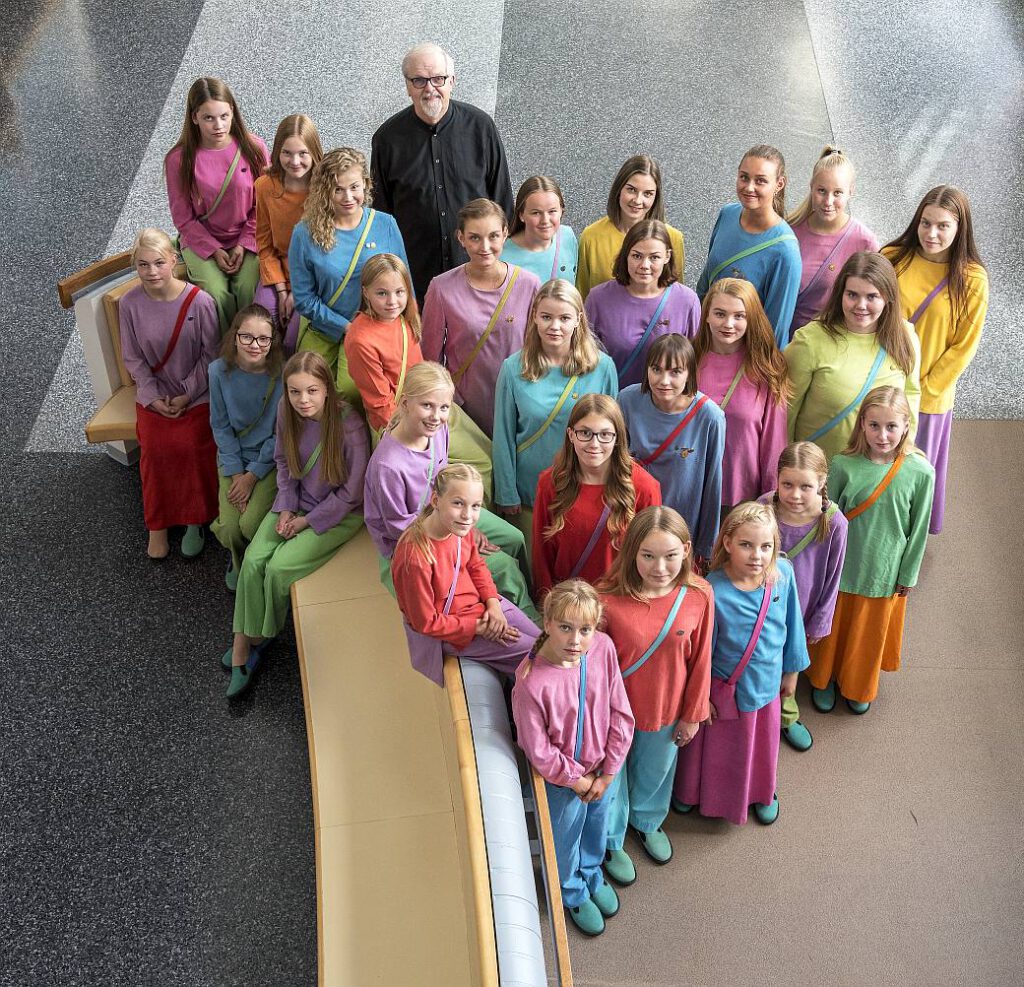 Oulaisten Nuorisokuoro, one of the finest Finnish youth choirs, was formed in 1972 by Tapani Tirilä. The choir consists of about 25 girls aged 11-22. The diverse repertoire of the choir covers classical masterworks, church music, folk songs and popular music. Also a lot of contemporary music is sung, and the choir also commissions and premiers works by Finnish composers. The choir has received notable awards in all the national and international competitions in which it has participated. In 1989-1990 Oulainen Youth Choir was “Choir of the Year” of Finnish Radio and received this honour again for the season 2018-2019. The Finnish Ministry of Education has named the choir “The Young Culture Ambassador of Finland”. Oulaisten Nuoriskokuoro has toured extensively in Finland and undertaken 38 concert and festival tours abroad.